I had a really interesting week. I signed up for a course on personalities a few months ago and attended this week. It is amazing all the things you can learn about yourself and the people around you. I have known most of the obvious things as I’m a total self critic (which was also confirmed this week). But there was so much more of my behavior that I was made aware off and it makes it so much easier to identify now.

One of the biggest things I certainly did learn this week was that we were 5 strangers in the group and it was easy for me to assess all of them. To pin their personalities down. At the end of the workshop the facilitator asked us to give each person a reflection of how we see each other and asked to keep it to about 2 minutes each. When it was my turn, I was waiting expectantly and they all just stared at me (which was awkward) and eventually one person ventured… you are an extremely nice lady.

I realized that we were thrown into a room for a full week and we discussed really intense subjects, yet no one knew anything about me, while I knew so much about them even though I really interacted and participated actively. I’ve learned that I’m a much more private person than I realized.

On that note, I did feel inspired and decided to blog this cute lingerie outfit from Glitzz and the pose is from Exposeur the white rooms.

Have a great weekend! 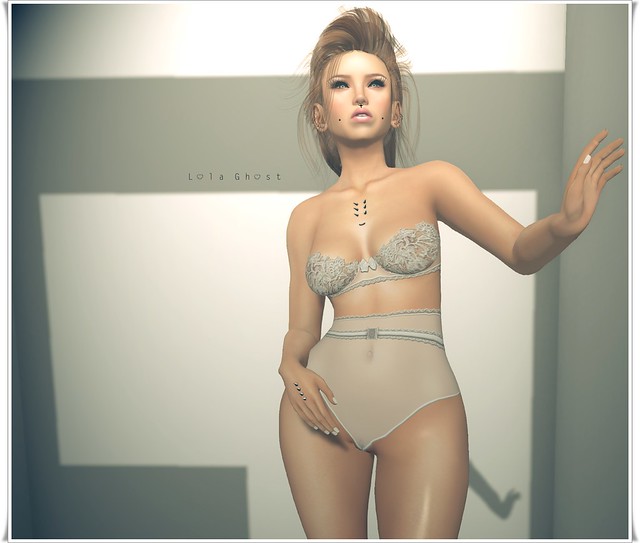